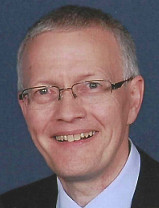 After a degree and doctorate in Bantu Languages at SOAS, London, Kevin worked for the Northern Ireland Civil Service in Belfast and then as a community activist and software developer in Anglesey. In 2003 he began localising free software in Welsh, and came up against the problem that few language resources for Welsh are available under a free license. This led to Eurfa, apertium-cy, corpora, and a POS-tagger for the three languages in the ESRC Bangor corpora. Kevin has worked with a variety of languages, and is currently working on Swahili and Māori. Kevin is assisting with developing of tools for digitising the mark-up and tagging of the CorCenCC data.